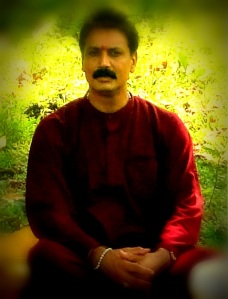 … A child reaches sexual maturity only after successfully crossing all interim development phases. His panchkoshas start taking a definite shape especially the first three – the Annamaya Kosha, Pranamaya Kosha and Manomaya Kosha. Each phase manifests itself at a fixed age in healthy conditions. Understanding the normal genetic aging code Indian Masters had clearly divided life in four phases (they called it Ashrams) namely – Brahmcharya (period of learning and abstinence), Grihastha (period of material acquisition and persuasion of rightful pleasures), Vanaprastha (period of practicing detachment) and Sanyaas (complete isolation from worldly affairs and pursuit of self-perfection) and it is not just by chance that they arrived at this sequence. They had put all their knowledge and experience in postulating this categorization. People in general do not want to accept this abstinence thing as they presumed there could not be any effect upon their normal development  even if they find themselves engaged in sexual activities and their presumptions were well supported by modern medical scientists. But this notion is not true.

Recently a team of researchers conducted a study and concluded that sexual activities in teenage may affect normal brain development. The growth and interconnection of neurons is directly affected if premature sexual experience comes in the way of normal development. It is nothing new for those who trust wisdom of Masters for they know when it comes from Masters it has to have some value and sound basis behind this. The abstinence is a virtue in the developing age by all means but unfortunately the current state of this planet is uncongenial to support it. Kids are getting exposed to sexually arousing stimulus and not only their normal development is getting affected but habits such as masturbation is doing much harm than meets the eyes. I am not so much concerned with what physical or emotional flaws can creep in the psyche of an individual rather referring to harms pertaining to the spiritual development and growth in particular. 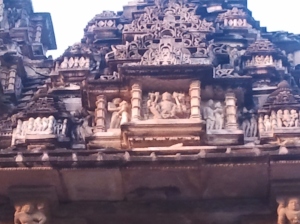 But before we proceed further let me clarify that if anything joins (or bridges) the world of animals and gods it is sex. The sexual experience is the highest possible experience in the domain of animals. Man too is an animal and thus he feels so much pull towards this particular experience. Till the time you have not experienced God it is Sex which you yearn for. What else would you want… you are not informed enough. No secrets are being whispered in your ears about the ecstasy associated with the experience of Samadhi, meditation or God realization. No one is telling you how beautiful it is to engage in meditation and feel elevated. And who could inform you? For that he/she should have experienced it in the first place. After all Samadhi is not a social phenomenon. It is rare, extremely rare! One out of a million is probably walking the path towards God or self-realization. Out of those few only handfuls are able to stay focused and disciplined. Out of thousands who stay disciplined and focused only one succeeds in getting correct guidance. Out of flock of thousands who get right guidance very few have faith to sustain their practice or Sadhana and then one of them gets glimpses of beyond. Out of thousands who get the glimpse of beyond only one is able to completely understand it and master it. It is not out of place to quote what Sri Krishna says to Arjuna  in Srimad Bhagwadgita “मनुष्याणां सहस्रेषु कश्चिद् यतति सिद्धये॥ यतिताम अपि सिद्धानां कश्चिन् माम् वेति तत्त्वतः॥“ Chapter 7-Verse 3|| He says Out of thousands who get siddhi or success in entering the gate of divine it is rarely to find one who completely understand me. So how would it become a social phenomenon? Perverted Sexual practices, alcohol, drugs are naturally and freely available and when these are there why should one bother about Samadhi?

For this higher animal called man God has been kind enough to grant a window through which he can peep in His kingdom and that’s why till the time one doesn’t experience God there is Sex. The difference among other animals and man however is his capacity to abstain. Till the time a man is not capable of scrutinizing and understanding this drive (wo)man engages in this act blindly under the rush of his/her instinct also that till then there is no possibility of any journey beyond. This animal called man is definitely capable of using the sexual experience to enter in the territory of divine but only if he/she can bring it in his/her conscious domain. By developing a deeper understanding of this energy, its dynamics and its flow you can also learn the techniques to preserve this energy. Once you are able to control the flow of this energy then the same energy can become a bridge between two (Divine-Animal) territories. That is why for any spiritual seeker abusing of this act, experience or energy is considered to be detrimental to her/her growth and it is so. 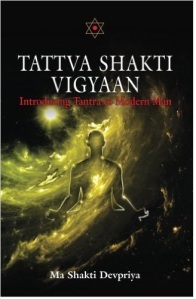 Keep in mind that it is possible to take control of your sexual energy and that is what is given to you in “Tattva Shakti Vigyaan Level – 3 Deeksha”. Then Sex can then become the gate if one choose to use it. You are given techniques and practices to manage and redirect the energy. As you learn and progress you feel empowered and elevated. When for the first time you understand what this energy could to you, your outlook towards the whole process changes. The same energy then feels like a divine gift to you and Kundalini, the seat of this energy then becomes your Mother. In real sense it is a mother because by passing through this you are reborn..

I am not suggesting or imposing a decision upon you to refrain from what you have been doing or addicted to. You are free to do what you like but I just advise you to be more watchful of your thoughts, the sensations, the triggers and even the rise and fall of your tides.. it will help you appreciate what is going to come next.