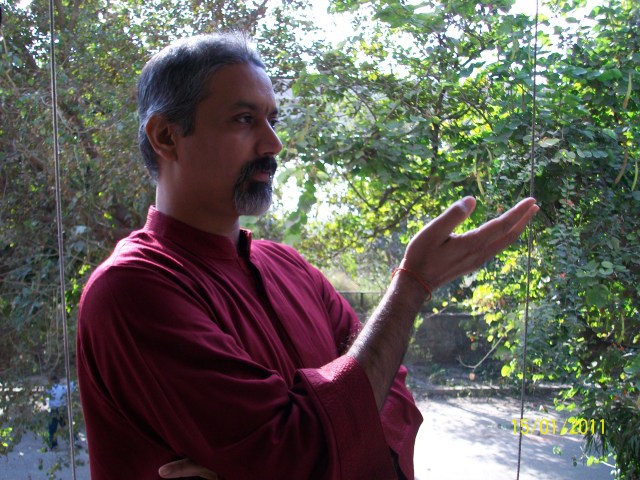 ||Take control of your Energies||

… Conscious sex is a gateway to the divine.

For that matter.. anything done with complete awareness while keeping yourself in sync with nature’s energies is divine.

While you must keep in mind that even normal sex is not detrimental to spirituality in any sense (better so if you know how to conserve your energies during the process) but the unilateral release of energy as in masturbation definitely causes a big dent in your spiritual progress. I would prefer to drop the details of energy dynamics in physical body during any sexual experience to the biologists and medical scientists. Also what hormonal changes and secretions happen from the time of physical or thought-trigger is field of research for them. My concern and explanation would be focus more on your astral-energy-body dynamics because that is the plane which governs your spirituality index.

Majorly three chakras are active during the act (from trigger to PONR), each one attaining its peak activity at different times because energy circulation is not a continuous process rather some build-up also happens due to your attachment to specific type of pleasure or shift of consciousness. Right from Sexual arousal to zenith of experience the three active chakras (energy centers) are – The Base Chakra, The heart Chakra and Third Eye Chakra. For man – The process trigger is around Root chakra and Third Eye but for woman the trigger is from Heart Chakra. A man gets trigger through mental imagery and seeing – as well as some physical stimulation around base chakra can ignite him. It does not mean man never gets trigger from heart chakra but in normal circumstances heart-trigger is very feeble or even may be completely absent.  Man can derive stimulation from pornographic imagery more than women do it is because a real trigger for woman would be presence of love, tenderness and care. Women would feel more high on trigger if they feel loved and cared (heart chakra). For a man even violent triggers can work but most women would turn off if violent expressions populate the beginning of act. Women would get trigger from heart chakra in majority of the cases. That does not mean root chakra and third-eye chakra in women are completely inactive as far as triggering is concerned, mild receptiveness at root chakra and visual imagery can work at the beginning but mostly not. And that is the reason most of women would find their eyes are voluntarily getting closed. Men instead would like to watch and keep their eyes open throughout except at the peak.

Another important point to keep in mind is that the ejaculation chakras of Men and Women are different – While Men ejaculate the energy flows out from Third Eye and Root Chakra and on the contrary Heart Chakra becomes receptive (opens)… In case of Women the Heart Chakra is the chakra of orgasmic ejaculation. It is Heart chakra which gets activated starts radiating energy. Understanding this dynamics you would appreciate why women may have multiple orgasms and peaks during one act and still not get tired while men would feel drained in just one. This happens because Men will have two floodgates opened throughout while women have only one.  The pleasure is also different – Women will have flowering at Heart chakra in their orgasm where as men have momentary blooming of Third Eye chakra and Root Chakra. Now..

Whenever you are engaging in singular act you are risking the makeup of your energy body and thus long term emotional and intellectual behaviour of yours. Men who engage in the act would have issues like losing temper easily, quick untimely arousals and most importantly inability to receive and respond to love. Such people tend to suspect their partners when they enter into a relationship. This happens because at the peak moment heart chakra opens to the contamination of environmental energies and with repeated episodes of dry run it hardens. The spiritual roadblock manifests in your inability to receive love. It is said that if you can not love you can not experience God for God’s primary quality is abundant, unconditional love.

Although physically masturbation may be less damaging and exhausting for women yet spiritually they are at more loss when compared to men. Women suffer different consequences. At singular peaks women completely open their Root Chakra and Third Eye Chakra thus being vulnerable to seepage of environmental energies in their psyche. Such contamination at Third Eye Chakra and Root Area may create headaches. Such women may have complaints of pain in the legs/knees and they are prone to UTI. Dry run at Heart Chakra makes such subjects prone to get touchy and emotional and low on acceptance. Such subjects find themselves stuck up at lower chakras and unable to get deeper in meditation due a lot of negative built-up (garbage) at lower as well as higher chakras.

You know that you have not grown up in fairly normal environment and definitely that wasn’t in your capacity to control. The situation you face now is what you are concerned with and I understand all the preaching, teachings and even your own resolutions do not work for you. But it is better to examine what are the triggers which compel to get into this act. I shall definitely want you to know how you can counter those triggers and come out of your compulsive behaviour. You shall also know the precautions and list of Do’s and Don’ts.. all this.. shall be there but.. you at sometime can not stop yourself from engaging in singular act for pleasure or release. It is about changing your inner currents through right kind of practices. Many people have not only dropped this habit but many other addictions successfully and they are rejoicing life now… you too can do it.

It is my suggestion you stay calm, look deeper, observe objectively and identify what pushes you do that. I shall definitely speak more about what are the factors and how you can help yourself but till then you work on it..