How to pronounce a beeja Mantra? 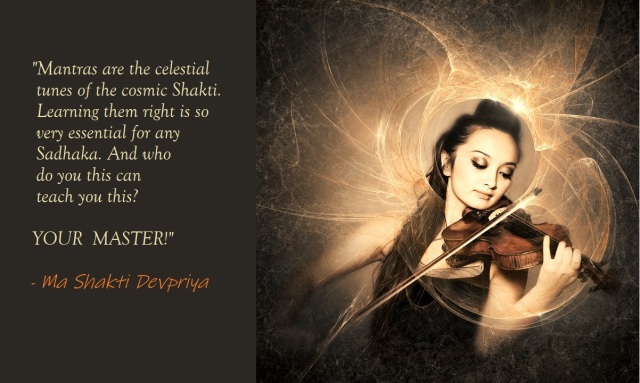 Acharya Ji I have a question about pronouncing the mantra. Please pardon me if I am not making any sense.  This question came to my thought, I was wondering, we pronounce OM or Aum not Oang, so why some other mantras (by the same logic) are pronounced differently. For example Hung instead Hum, Joong instead of Joom so on and so forth. Is it ok to pronounce “Hummm” instead of “Hang”? I understand sometime the language conversion kills the meaning of Sanskrit & Hindi words.

Good you asked. Through your question doubts of many shall be cleared and yes you are right the language conversion kills the meaning of Sanskrit and Hindi words.

If you remember during our deeksha itself Ma Shakti & I had spoken about the importance of maintaining the purity of pronunciation during your chant and even that time we had told you that all over India, from the Himalayan lineages to South Indian lineages there are only slight differences especially while dealing with anuswaar.  And that our Vidyaa Guru lineage follows a particular way of pronouncing this bindu.

One must remember that through different times and ages, the mantras have been taught in different lineages entirely in the oral tradition. There were no printed books yet you can see that essentially there are not much of differences in pronunciations of mantras from one part of the country to another. However it can not be ignored that there are some differences in the Mantras in different regions even in letters as well. For example in Batuk Bhairav Mantra the usage of Bam ( बं ) instead of Vam (वं) , Another example is of the variation of the whole mantra including syllables. Look at these two variations –

While most of Vishnu devotees shall argue that the second mantra is not correct but if you happen to be in Orissa or Bengal and chant the first version you would be objected to by the priests and teachers.

So in a nutshell there are differences, if not in all mantras then in some. It exists does among the recensions in the different regions. Now the question comes whether it is OK to have such slight differences or not? If you recall your initiation phase we did tell you that that the consequences would be unfortunate even if you chant the mantra wrongly and even if one syllable of a mantra goes wrong. Right? Then how are we to accept that the same mantra in the different recensions even slightly? If you take the original mantras the ones told by your Guru then what about other variations? And why your Guru through his/her Lineage chose a particular variation for you?

This anomaly can be answered and resolved only if one takes it humbly and with the spirit of learning. You know that there are many medicines to cure an ailment. Now if your doctor has prescribed you one particular medicine and then you say “what is the harm if the I take a different medicine (other than what you physician has prescribed)?” Does that make sense? No! And probably if one chooses to do so may be risking his health. Right? Similarly, if you chant a mantra with its syllables or pronunciations changed, you will suffer an adverse consequence. The rule that the medicine as prescribed mustn’t be changed applies to the patient, not to the doctor. The patient cannot and should not, on his own, change the medicine that his physician has prescribed. But the doctor can! (Smiles) Doctor knows the best which one medicine will be work to to treat a particular ailment. So inherently and logically there is nothing wrong if your doctor gives a substitute or replaces one medicine for another. Even in case of two patients being treated for the the same illness the doctor may choose the same medicine, altogether different medicine or make small changes/additions etc. in the ingredients according to differences in patient’s nature of physiology. This is the very reason every Tattva Shakti Vigyaan practitioner has a unique mantra for himself/herself.

Here is another variation: In case a student after his Initiation / sadhana / comes into contact with other Guru/enlightened person and learns that his way of chanting is not the same as they teach. And he changes a particular pronunciation of a mantra/ beeja mantra, do the shaastraas approve of this or shaastraas ask the student to refer back to Guru about the change?

It is true that the sages/Gurus in different lineages have introduced slight changes in the different mantric recensions, but when they come from these enlightened people these do not produce any adverse effects. Even the the changes as incorporated by these seers yield the expected benefic results. You must know that the Gurumandala  has given a particular way to chant a mantra only for the benefit of disciples. In Vedic traditions there are clearly defined rules in this regard in the Pratisakhyas. But the ground rule is – Follow the way of your Master. Everything else is immaterial. One interesting fact you must know about the way mantras are pronounced in our Guru Lineage – The way we treat/pronounce anuswaara (that little dot above the letters) creates 70-80 times more impact on practitioners energies. It has been measured using Aura-Mapping equipments. So many places in scriptures you find the same sentiments being echoed –

Finally – The syllables and pronunciations/recensions of the mantras in the different Guru lineages do not vary to any considerable degree nor are they unrelated to one another. On the whole they work on the same centers in your being and sound similar. Even when the letters vary there is not much difference for there is a kinship of those letters (altered) in the pashanti vaak. You will realize that as you progress.

Ekta, Pronouncing a mantra as one’s Guru initiates is the final word. If you are not able to recall the original sounds get in touch with Ma Shakti or me.

Master AD, as Acharya Agyaatdarshan Anand Nath is lovingly called by his disciples, friends is a true Tantra Master. You can either love him or hate him but for sure you can NOT ignore him. He and his beloved consort Ma Shakti Devpriya Anand Nath are engaged in spreading scientific spirituality in masses through their Tattva Shakti Vigyaan initiation camps. Master AD, a poornabhishikta in Srividya (Krama System) has equal command on Yoga, Pranayama, Tantra and Kriya Yoga techniques and guides seekers worldwide through 'The Shakti Multiversity' platform.
View all posts by Ach. Agyaatadarshan Anand Nath →
This entry was posted in Conversations with master.. and tagged am i pronouncing mantra properly, beej mantras for bhuta shuddhi, best tantra teachers in india, bhuta shuddhi mantras, correct way to pronounce beej mantra, how to chant a mantra, how to learn correct pronunciation of mantra, Ma Shakti Devpriya, negative effects of wrong chanting of a mantra, Sacred Association, shakti multiversity, Sri Vidya Sadhana, tantra workshops by ma shakti devpriya, tattva shakti vigyaan mantras, tattva shuddhi mantras, the shakti multiversity, what a mantra can do. Bookmark the permalink.